A Sad Farewell to the Hospital Accompaniment Program 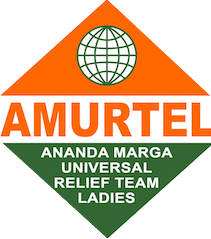 Thanks to the international NGO, CARE, our pregnant women were gratefully accompanied by an AMURTEL/CARE social worker and Arabic or Farsi interpreter for their exams in the Greek public hospitals in the period between October 2017 and March 2018.

Navigating the public hospital system is daunting even for Greeks but overwhelming for many refugee women who don’t know the Greek language or customs. Though AMURTEL offers midwifery care during pregnancy and postpartum, for further medical treatment and for the birth itself, the public hospitals are the only option.

Cultural differences between Greece and most of the middle eastern countries in the ways of birthing are vast, two of the most common being that middle eastern women are cared for only by female doctors and often surrounded by their female relatives during labor and postpartum. Although AMURTEL cannot replace such an extensive network of woman-to-woman support nor can we be present at the birth, at least accompanying them for hospital visits proved to be a great source of practical support and woman-to-woman solace.

The program may have ended but we at AMURTEL keep our hopes high that we’ll find the funding to restart it. And many thanks to CARE!